Pokhara, Dec 28 (RSS):    Minister for Culture, Tourism and Civil Aviation Yogesh Bhattarai has insisted on the need of support and cooperation from all quarters to make the Visit Nepal Year 2020 successful.
In his address to a press meet organised by the Federation of Nepali Journalists (FNJ), Kaski chapter here today, the tourism minister expressed his hope the year 2020 would prove an important one for the country's entire touristic development.
As he said, several programmes are being implemented by Nepal's diplomatic missions abroad in support of the Visit Year. Tourism promotional programmes are going on accordingly.
The civil aviation minister pledged to further systematise air service remaining as one of the major bases for tourism promotion. "Preparations are underway to operate the country's sole international airport, the Tribhuvan International Airport (TIA), round- the- clock. Currently, TIA operates 21 hours in a day.
Though a budget of Rs 650 million was demanded for the promotion of Visit Year, the government allocated Rs 100 million for the same. He hoped that the government would ensure the required budget towards that end. He was also hopeful that under-construction regional international airport based in Pokhara would complete six months before the deadline. He was of the view of making all infrastructures required for tourism ready before the operation of airport.
According to him, so far 52 percent of the airport construction has been completed. Stating that additional 104 ropanis land has to be acquired for the airport, he clarified that the owners of the land acquired for the airport would be properly compensated.
"The Ratna Mandir and Himagriha based in Pokhara would be used for tourism purpose. But this would be done through the Nepal Trust Office not through the Ministry of Tourism," he said. 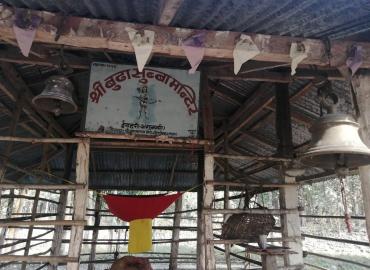 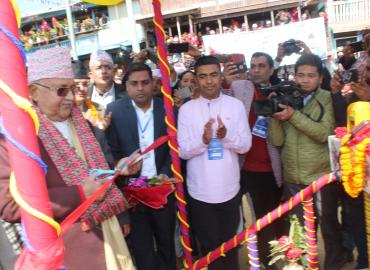 Itahari, Feb 21 (RSS)  As the world is celebrating UNESCO-declared Internation ...

PM Oli donates stationeries, clothes in his a ...

ITAHARI, Feb 21 (RSS): As the world is celebrating UNESCO-declared International ...