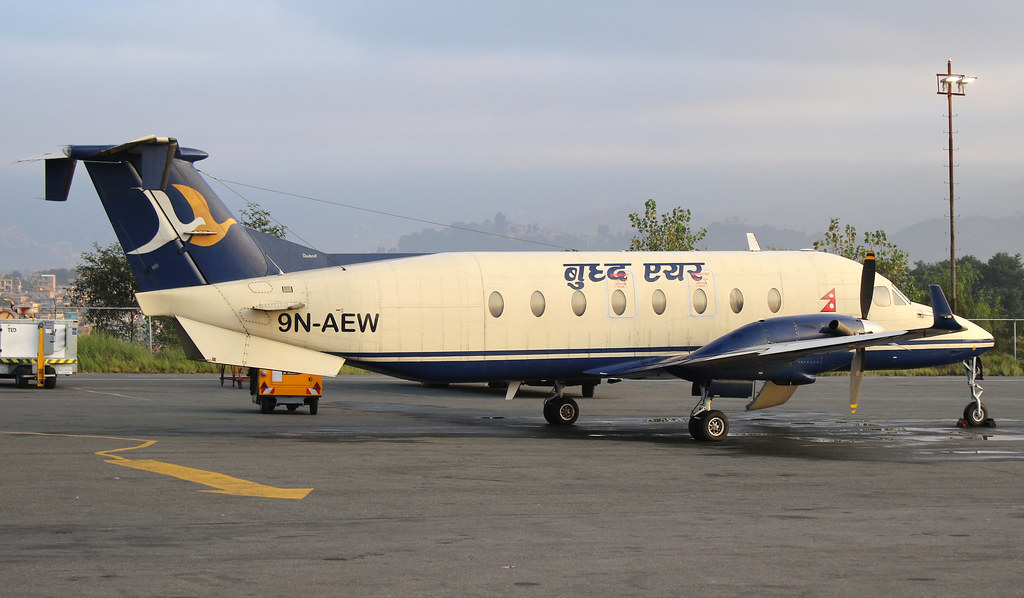 Itahari, Feb5 (RSS): Beechcraft 1900D of Buddha Air touched down the Biratnagar airport at 1 pm the day before  yesterday. It was not a usual flight of the private carrier. It was the maiden direct flight from Pokhara to Biratnagar.

The aircraft made return flight at 1:10 pm carrying 17 passengers aboard. According to Kausal Bhandari, Biratnagar station manager of Buddha Air, there will be three flights a week from Biratnagar to Pokhara.

''We have scheduled our two-way flights on Monday, Wednesday and Friday'', informed Bhandari. The airline has fixed its airfare of Rs. 6200 for the 205 nautical mile air travel.

Direct air connectivity between two state capitals has energized tourism entrepreneurs of state 1. Bhabish Shrestha, the tourism entrepreneur of Biratnagar, said the air connectivity has increased hope to attract third country tourists from Pokhara. ''Pokhara is a touristic hotspot of Nepal and State 1 is tourist-hungry with numerous tourism treasures'', said Shrestha, also the member of Tourism Promotion Committee of State 1 for Visit Nepal 2020, ''Direct air connectivity will make it easier for third country tourists to land in state 1.''

Alina Magar, a tourism entrepreneur of Dharan, is also optimistic on direct air connectivity. ''Previously we had only land connectivity and it was hard to travel to and from Pokhara and Biratnagar for high-end tourists with hectic schedules '', said Magar. She added, ''This direct flight has given an option for direct air mobility.''

Bordered by populous Indian provinces of Bihar and West Bengal, state 1 doesn't see much third country tourist. With the beginning of budgetary direct air connectivity with what many call a Nepal's 'tourism capital city' of Pokhara, tourism professionals of state 1 are excited.

''Pokhara is in need of Indian tourists from our neighbopuring Indian states of Sikkim, Bihar and West Bengal and state 1 is in need of third country tourists arriving in Pokhara'', Said Krishna Shah, the noted tourism activist and also the member of Tourism Promotion Committee of State 1 for Visit Nepal 2020, '' It is win-win situation for both sides,''   Nonetheless, Shah said, the state 1 must prepare a presentable tourism package for possible third country tourists in the days ahead.