Everest Base Camp trek: under the canopy of magical mountains 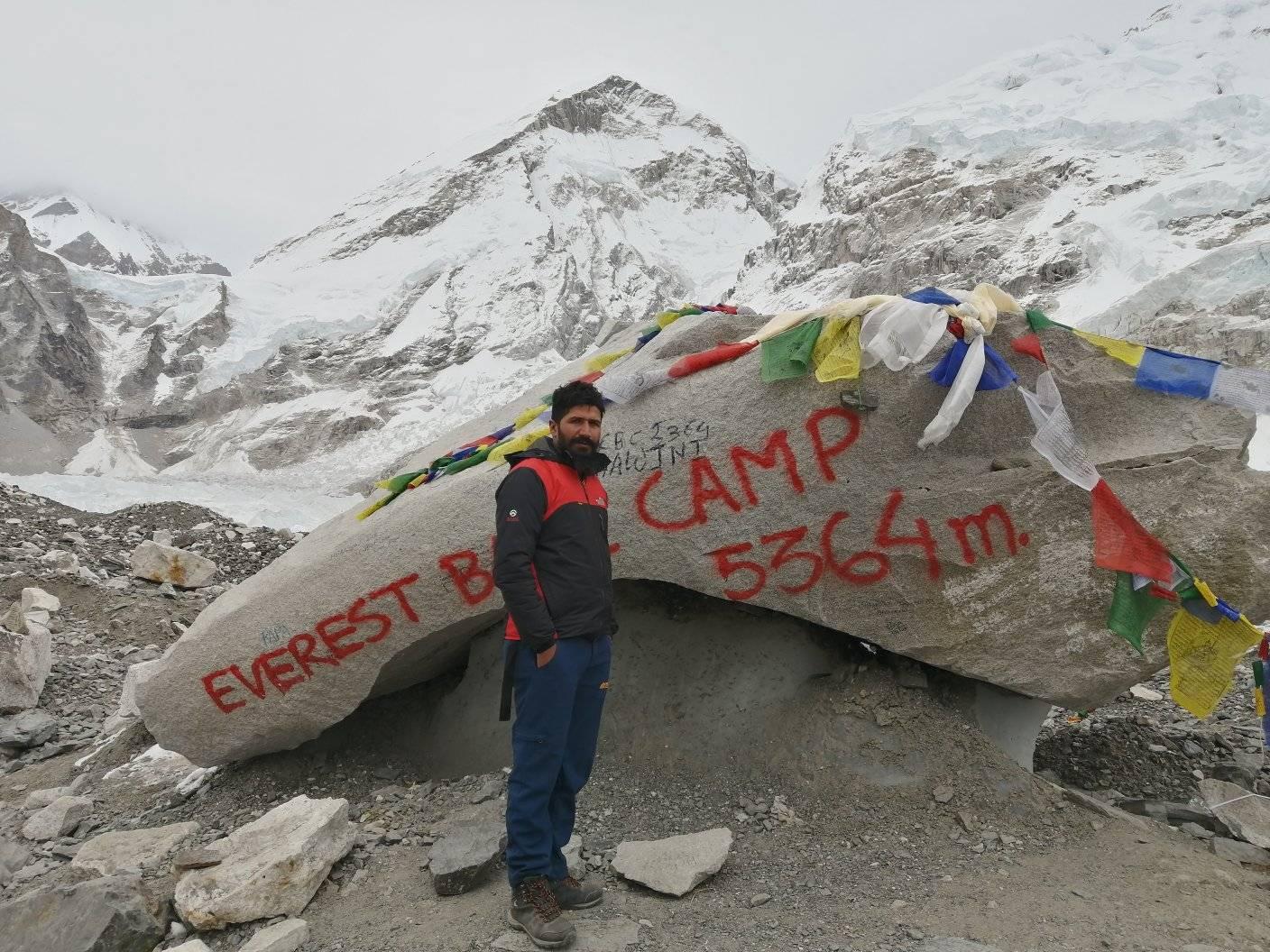 Everest Base Camp (EBC) trek was always in my dream ever since I came to know its global essence in adventure tourism.  A venue of World Heritage Site-listed Sagarmatha National Park and the first step to scale the top of the planet Mt. Everest (8848), EBC is a must-go venue in Nepal.

The undisputedly recommended place to travel by various global tourism publication giants like Lonely Planet, Rough Guides, among others kept me motivating to go EBC trek.

Despite my deep desire to embark on my longest ever 15-day-long EBC trek, I couldn't do so as expected.  EBC trek seasons of spring and autumn came and went. I couldn't go EBC.

This year's festival of Dashain brought me an opportunity to go for this once-in-a-lifetime Himalayan journey. As I flew to Lukla from Manthali, the district headquarters of Ramechhap district, on 15th October, the real trek to EBC started. 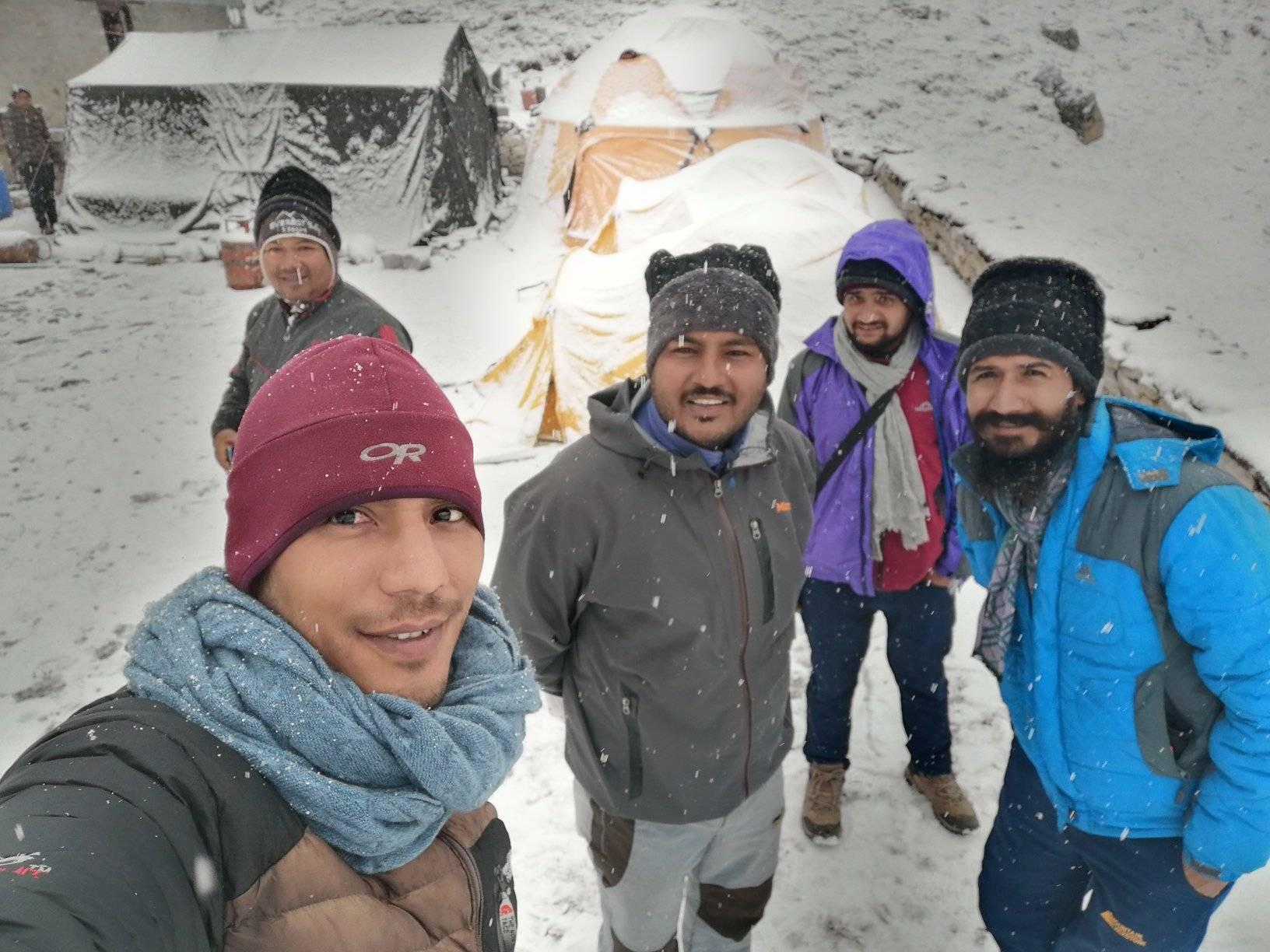 Our 5-member team from my hometown Itahari was diverse from many fronts. For instance, we were together in a team with weights between 57 kilograms to 105 kilograms. Our age bracket was from 27 to 51 years. Similarly, our body's interaction with nature was also different.

Because of these differences with no experienced guide to look after, our trek was more adventurous. So was the cause that we couldn't reach base camp on stated 8 days of trek. For commercial trek, there are mainly seven camps and each camp needs a day stay and one more day to acclimatization.

From the very first Lukla (2850 m) camp, to the last camp of Goraksep (5190 m), our journey was ordinary as expected. Still, we couldn't cope-up with extreme snowing that started at Lobuche (4910 m), the second last camp to EBC trek.

By the time we reach at EBC situated at an altitude of 5364 meters, It was already 9 days of our trek.

Our ascent was little bit harder.Fortunately, the descent was so easier than descent. That made us easy to come back to Lukla from EBC just around 3 days of trek on 27th October. 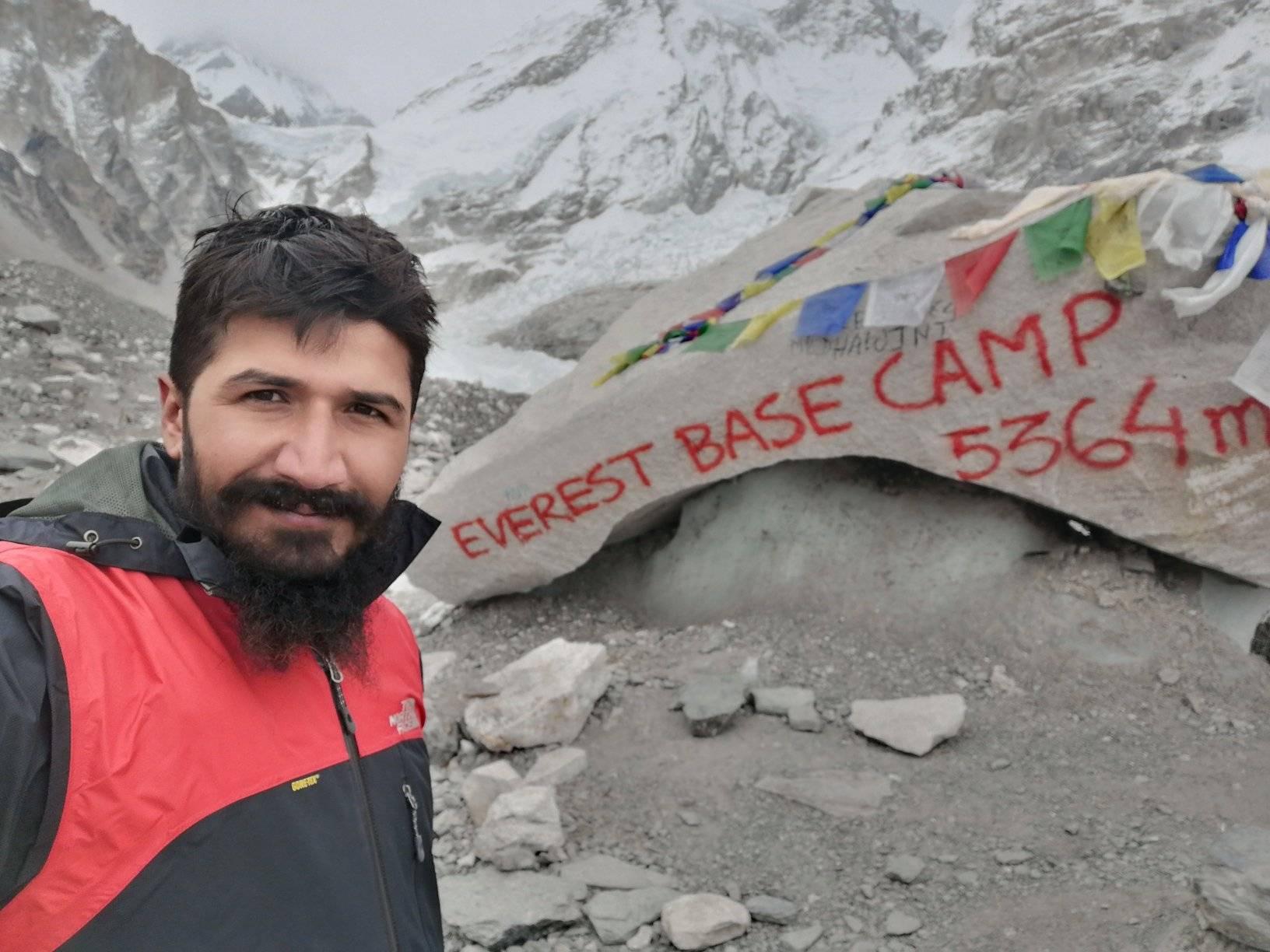 Interestingly, except few exceptions, almost all hoteliers, porters and locals spoke in English. I thought it was natural for them to talk in English, as it is tourist area. Later on, it came out to be known that actually they were communicating in English presuming that I was a foreigner.  It was not only an individual case of mine. My fellow friends also experienced the same.

Owing to a fraction of native trekkers in the huge volume of this seasonal trekking track, people often mistook Nepalese as foreigners. According to Kedar Kattel, the employee of Sagarmatha National Park which counts visitors in its every ticketing, more than 58 thousands foreigners trekked to EBC in the last Nepalese fiscal year.

According to Kattel, in the same year, the Nepalese figure was just 741. Because of this mathematical reason also, Nepalese trekkers in such a heavenly section of Himalayas are in minority. Having learnt this statistics in Sagarmatha National Park's ticket counter at Monjo, I term myself a 'minority Nepalese trekker'.

Despite being a minority trekker in EBC, the beauty and satisfaction was in majority. I didn't feel any insufficiency to spend almost $500 for this amazing trek. My friends also share same experiences.

My message to all would-be travelers is that please go EBC trek if you are an adventure-lover. Do make 15-day-long meditative trek under the canopy of magical Nepalese mountains. The cost of travelling to EBC comes almost equivalent to travel agency-run budget packages to Thailand and Malaysia combined for Nepalese. Nonetheless, your travel reward will be bigger in EBC. 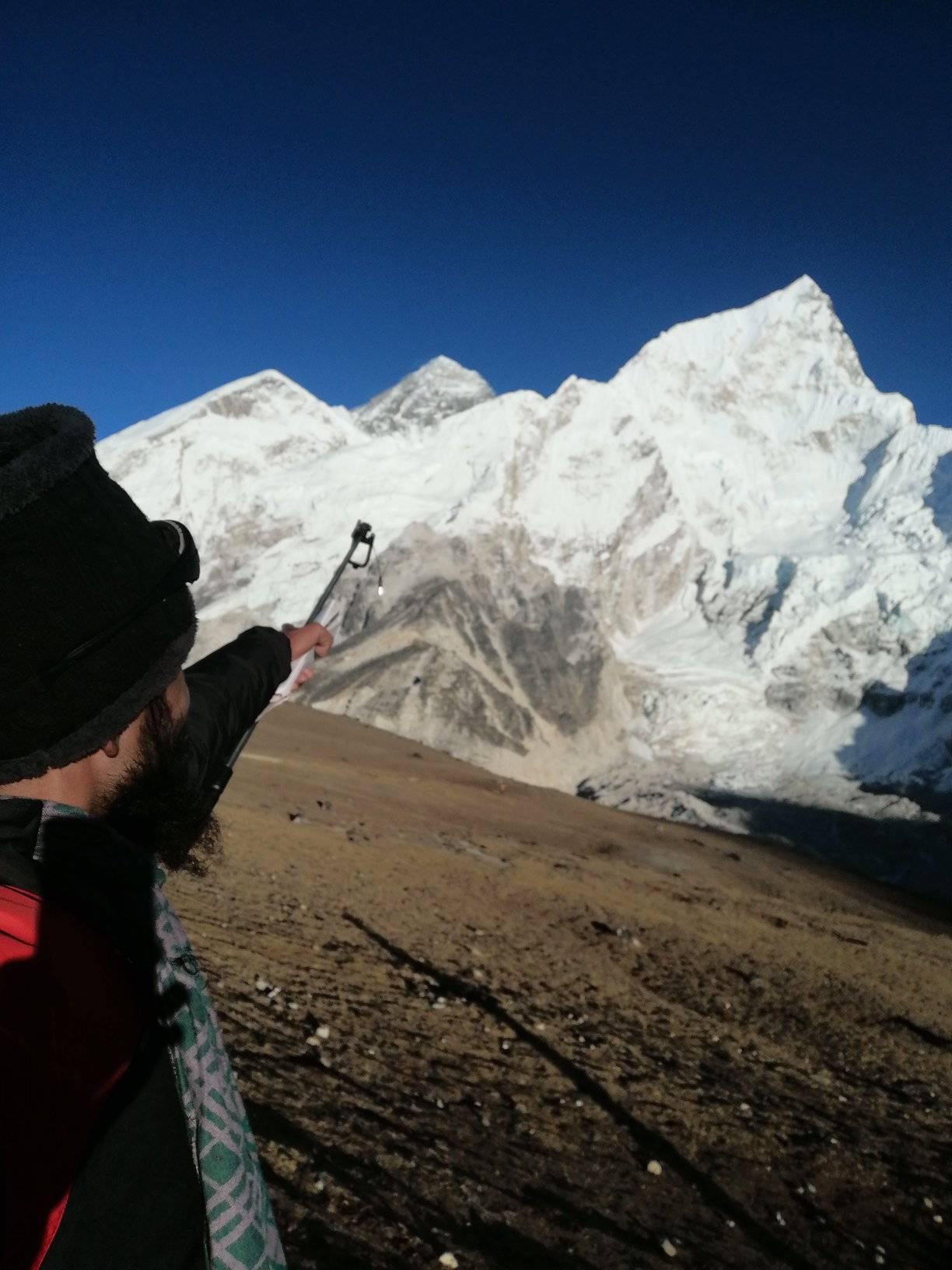