PM says he is in battleground to make nation prosperous 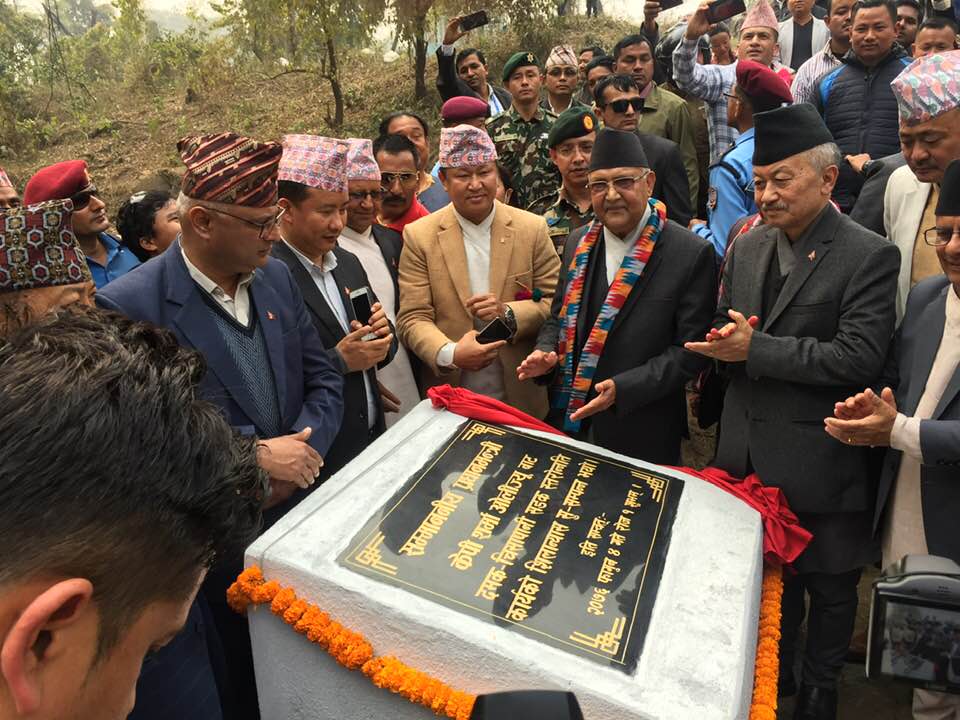 Damak, Feb 16 (RSS):   Prime Minister KP Sharma Oli has argued that reactionary forces at home and abroad were plotting against the government by seeing the government's beginning for development and prosperity.
Laying foundation of the blacktop of Damak-Chisapani road section here Sunday, the PM said that those forces not wanting development and prosperity are attempted to weaken the government from all sides.
The government is confidently struggling against such moves, the PM said.
According to the PM, the incumbent government was able to fight against such reactionaries and added that he was in the battleground to make the nation prosperous.
Arguing that remarkable progresses have been achieved in the two years after the formation of the current government, PM Oli reiterated that the tasks for making nation prosperous would move ahead as planned.
PM was of the view that the nation is in need of peace and prosperity instead of conflict and said that the days for violence and protests for the cause of changes are over.
On a different note, Prime Minister Oli said the government would not spare anyone involved in government and public property seizure, adding that the government would take action against those involved in wrongdoings.
Saying the government would construct houses to landless and squatters, he shared the information that activities to take back the government and public lands have already been initiated.
Similarly, Chairman of the Constituent Assembly (CA) and deputy leader of the NCP parliamentary party, Subas Chandra Nembang, said that government's goal of 'Prosperous Nepal, Happy Nepali' would be materialized as the development of the country has been making its stride.
Likewise, Minister for Physical Infrastructure and Transport Basanta Kumar Nembang, Chief Minister of State-1 Sherdhan Rai and others speakers also expressed their views on the occasion.
Meanwhile, Prime Minister Oli handed over a bunch of keys of the Integrated Model Settlement constructed at Damak-1 today itself.
The model settlement with 23 houses was constructed at the cost of around Rs 40 million of Damak municipality, state and federal government.
Earlier to this, PM Oli inaugurated a blacktopped road linking Krishnamandir to Beldangi and a bridge linking Damak and Miklajung of Morang. 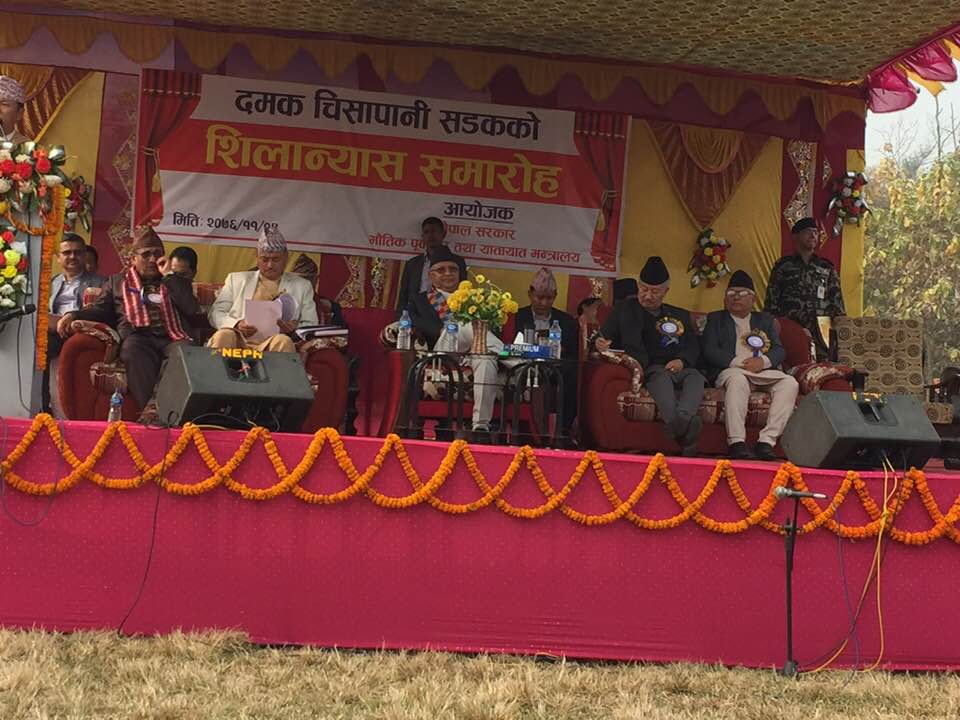