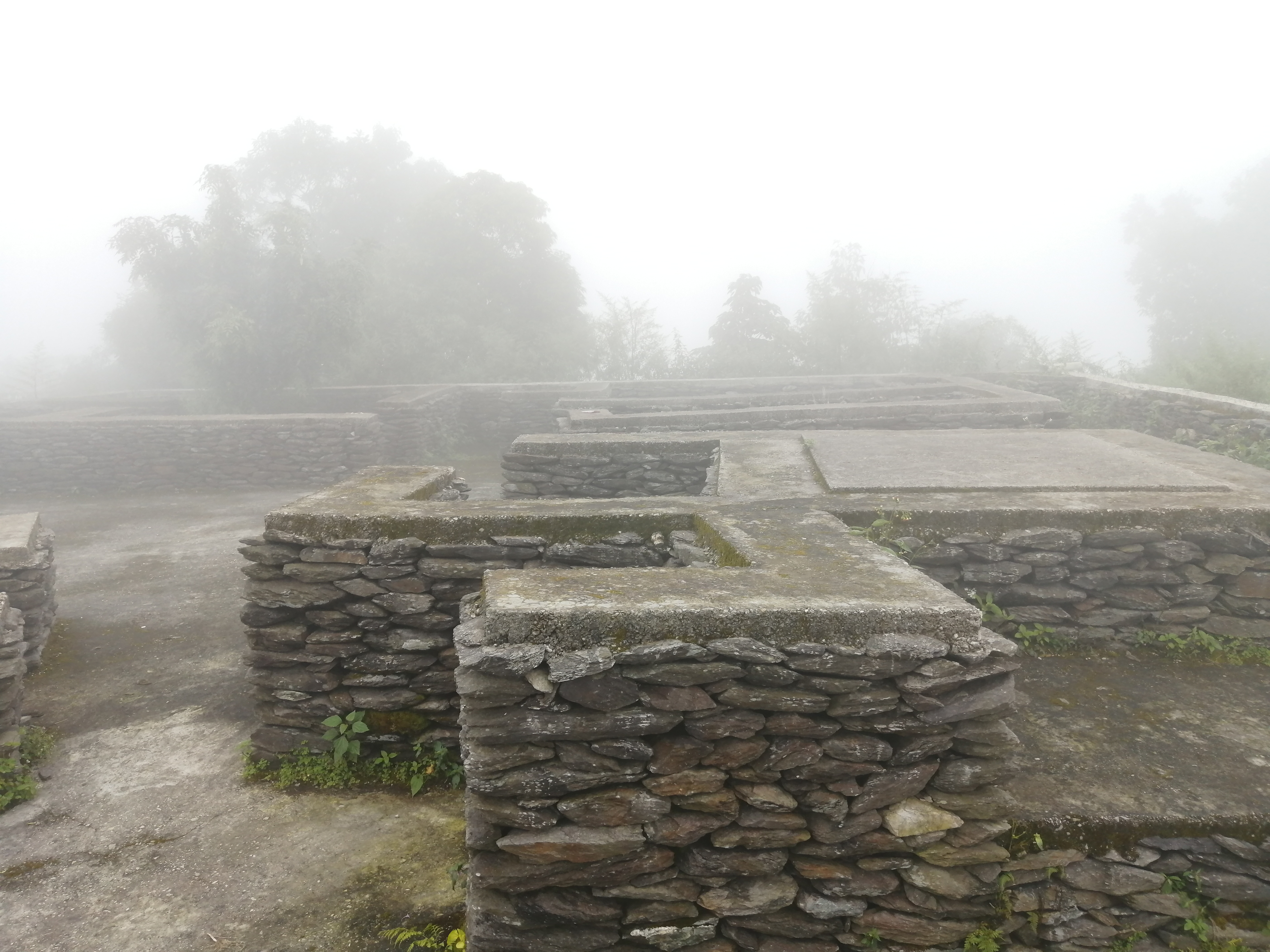 Itahari, Feb 20 :  Dharan and Bhedetar are the two most popular tourism destinations in State 1. However, Sangurigadhi, an ancient fort, located at the border of these two touristic places, is still struggling to welcome visitors. Only few people who have interest on forts of Nepal and some hikers go to see this touristic place of the state.

According to Vice Chair of Tourism Promotion Committee of Dharan Kishor Thulung, it is located at around 1.5 kilometres western side of Bhedetar hill station and can be reached within 25-minute walk from Bhedetar. From Dharan, it is approximately 5 kilometres away from Zero Point and can be reached in some 4-hour hike from Dharan's BP Park.

There are 10 open-sky stoned rooms at the fort constructed by the fund funneled by the then Bhedetar Village Development Committee (VDC) and Tourism Office of Kakarbhitta. Sangurigadhi was an unknown place and the then Bhedetar VDC and the tourism office invested some Rs 700 thousand and it got a sort of facelift. Nonetheless, people are not thronging to this historic area which has added attractions as a natural view tower from which DharAn, Bhedetar and Eastern Terai are seen in crystal clear skies.

According to Basudeb Baral, a tourism activist of Dharan who has written about the forts of Dharan, Sangurigadhi was a strategic fort during ancient Nepal. And, locals like Jitendra Rumdali said a cannon had been placed in the fort until few decades ago. ''Our locals elders tell us stories of cannon in the fort,'' said Rumdali, also the district leader of Nepali Congress, "According to them, later on, the canon was taken to Dhankuta by Panchayat-era administrators.''

Kumar Jung Yakhkha, the Chair of the Rural Municipality, said his local government is planning to develop Sangurigadhi as very famous tourism point in the municipality