World Wildlife Day: Wild buffaloes in country's only wildlife reserve in crisis due to domestic cattle 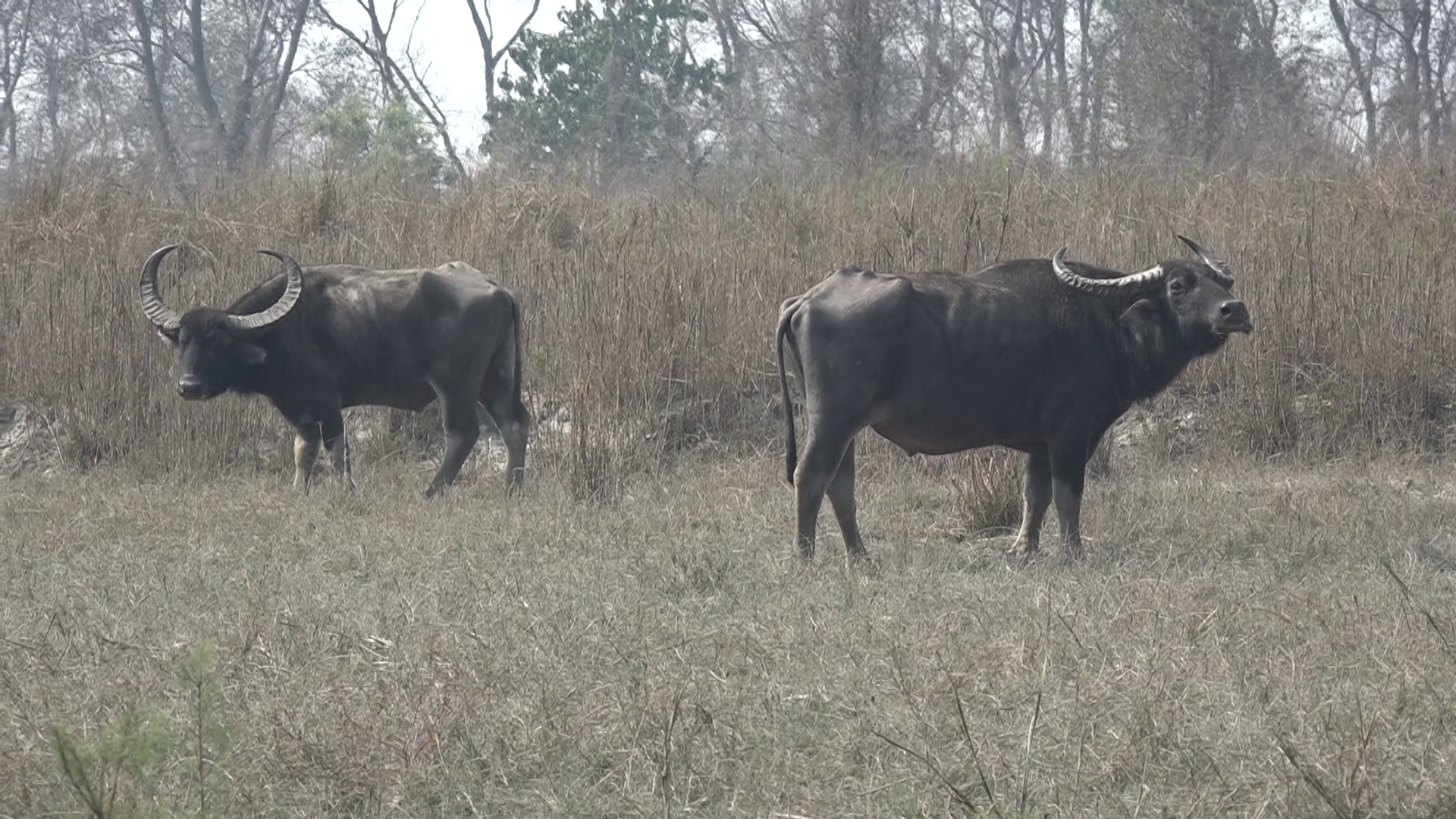 Itahari, March 3 (RSS): The world is celebrating the World Wildlife Day today with the slogan of ''Sustaining all life on earth''. Nepal's only wildlife reserve, the Koshi Tappu Wildlife Reserve (KTWR), of eastern tropical plains is having a hard time sustaining its indigenous wild water buffaloes.

Since the first-ever wild water buffalo census was conducted during its establishment in 1976, they numbered 63. Based on the latest three-yearly census of 2018, the total population of this native wild buffaloes of the Indian subcontinent stands at 441.

''The grazing space of wild water buffaloes are occupied by domesticated cattle and buffaloes as well as their habitat is diminished putting challenges to further growth of their numbers,'' deplored Chaudhary.

Chief conservation officer Chaudhary said he was facing legal hurdles to permanently remove illegally grazing cattle and buffaloes in the reserve. ''We captured domesticated cattle and buffaloes and put into our cattle panel. However, we can't auction due to legal reasons. Because of this, locals are reluctant to abide by KTWR rules and regulations," stated Chaudhary.

KTWR is only a wildlife reserve in Nepal having a strong sanctuary for wild water buffaloes. Categorized by International Union for Conservation of Nature and Natural Resources (IUCN) as endangered species since 1986, wild water buffaloes of KTWR can be sustainably preserved by devising some five practical efforts, said Chaudhary.

Secondly, translocation is a method of sustaining wild water buffaloes, said Chaudhary. KTWR has translocated a dozen of wild buffaloes in Chitwan National Park in 2017. ''Translocation is necessary for rare species as this will not decrease its number even in case of a calamity in the only sanctuary."

The third effort to preserve KTWR always as a sanctuary for growing numbers of wild water buffaloes, Chaudhary said, was to introduce the legal provision of an auction for illegally found cattle in its vicinities.

The fourth idea is inspiring and empowering locals for stall-feeding of their cattle. ''Stall- feeding can drastically make low or no entry of domesticated cattle and buffaloes in our reserve,'' he suggested.

The most important way to preserve wild water buffalo is to generate awareness among locals, asserted Chaudhary. ''In this area, there is a belief in Yadav community that their wealth and social status is determined by the number of cattle and buffaloes,'' said Chaudhary, adding that this practice must be stopped.

The chief conservation officer said instead of counting numbers, quality must be emphasized through massive awareness campaigns to locals by local, provincial and federal governments. ''We can help them by distributing quality buffaloes with high-end meat and milk value.''