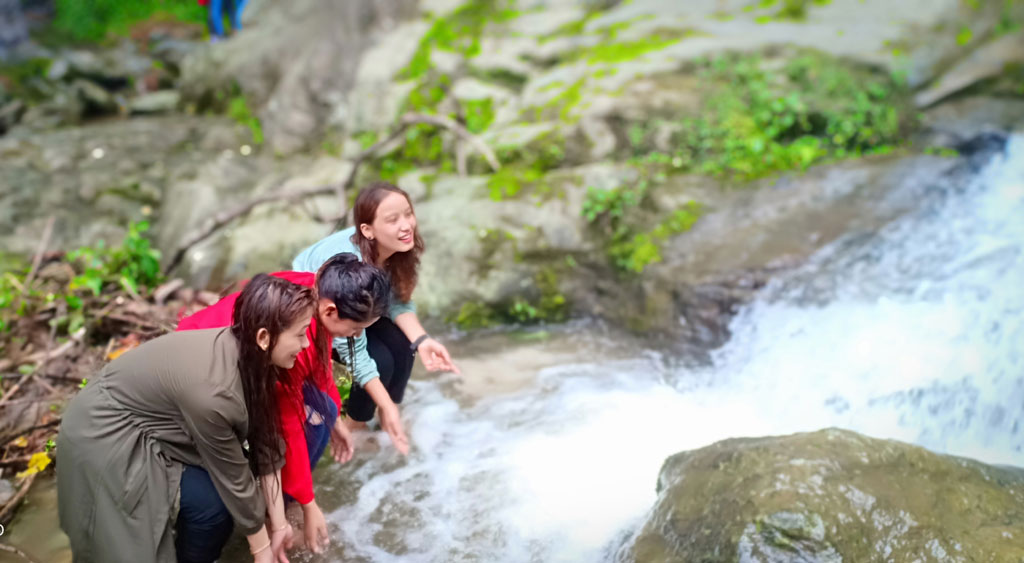 As an avid adventurer, I was lured at paragliding since I come to know its commercial operation in Pokhara. I planned to tour Pokhara soon after my SLC exams. Unfortunately, I couldn't do so owing several personal and familial reasons. Coming to my comfort of adventure tourism was commercial operation of paragliding in the city of Dharan which is half-hour vehicular drive from my hometown of Itahari. It was commercially initiated since October, 2015. I couldn't enjoy this pleasure at the earliest as people vying for flying were huge in number and pilots were just two.

Dharan Sky Adventure Paragliding, the only government-licensed paragliding company of East Nepal, schedule flight on the last day of our Dashain festival. I was deluded in smiles as I approached the take-off point of Dharan-20, Chhoti Morang, beneath the popular hill station of Bhedetar.   Human right activist Yatri Shekhar and I were last people to fly that day. Pilot Chobe Ram from Himanchal Pradesh of India piloted my flight as we jump off the cliff and our wing of paraglider help us float in the skies of Dharan. Another pilot and co-owner of this paragliding company Madhab Prashad Dahal said we must not bow down and have to run despite back-pressing air before we jump off the cliff. I followed his instruction. Seconds of our take-off, I started glancing views seen from above. Bhedetar was just beneath our fly and we were close to moving clouds making and breaking various abstract sky sketches. Nepal's largest river of Saptakoshi was seen like sprinkled milk on the spiral line. I saw Dharan from bird's eye view and also could see popular shrines of Hindus like Dantakali, Pindeshowari, Ramdhuni, Bishnupaduka, Barahakshetra, among others including Budashubba, the famous religious destination of Kirati folks. Koshi Tappu Wildlife Reserve, als known as South Asia's bird gallery, was also visible. As I was enjoying multiple scenes from a single paragliding flight, my pilot Chobe Ram said we were above 1800 meters above the sea level. He said we couldn't see the Makalu range due to cloudy weather but parts of Indian state of Bihar were seen from our paragliding fly. Probably Dharan's is only paragliding facility in Nepal from where border of China and parts of India are visible.

While I was viewing all these beautiful surrounding scenes with hilarious shouts, pilot Ram was picturing and videoing our flight from different angles with multiple backdrops around, above and below us. It was 40-minute-time in the skies of Dharan, the time equivalent to Kathmandu to Biratnagar flight via airplane, before we landed on the ground just below the Budasubba Temple of Dharan. Soon after our landing on the grassy playground, my pilot stated packing our paraglider and a van approached and picked us to the paragliding office situated at Chhata Chowk of Dharan. I collected my pictures and videos and came back to Itahari with amazing adventure experience in the skies of Dharan.

It was festival offer and I just paid rupees 6000 (69$) less than its original prize of rupees 8000 (80$). It is bit higher than the prize of Pokhara. However, it is cheaper paragliding fare in our courtyard if we are to compare transportation and accommodation costs associated with Pokhara's paragliding. If we are to advertise this adventure sport in Indian states of Bihar and West Bangle, Bhutan and Bangladesh, we can make huge tourism revenues from thousands of adventure seekers like me as borders of Bhutan, Bangladesh and Indian states of Bihar and West Bangle are reached within 4-hour drive from Dharan. Chinese are also large potential customers and this will be possible whenever we open up border crossings like Kimanthanka of Koshi Zone and Olanchunggola of Mechi Zone as soon as possible.