East Nepal must cash on religious heritage to Indian and Bhutanese, nature to Bangladeshi tourists

Basudev Baral is a noted tourism entrepreneur, tourism activist and tourism columnist from East Nepal. He has been operating a hotel and travel agency from Dharan.

Formerly a known journalist in East Nepal, Baral is actively indulged in tourism entrepreneurship since a decade. Baral has been an attendant of various tourism fairs inside and outside Nepal and has penned numerous ideas to promote East Nepal's virgin tourism destinations.

Tourism journalist Birat Anupam has talked to this versatile tourism entrepreneur and tourism activist about East Nepal's tourism prospects at his hotel in Dharan.

What can be done to promote East Nepal's tourism in bordering Indian states of Bihar, West Bengal and Sikkim?

First, we have to set target tourists. Then, we must study and explore their wants and needs in our tourism areas. In tourism, it doesn't matter what attractions we do have. What matters is the demand of inbound tourists.  We must work towards this end.

East Nepal borders populous Indian state of Bihar and West Bengal and a touristic state of Sikkim. Plus, it is just 6-hour-drive from two other South Asian nations Bhutan and Bangladesh. What are the ways to lure more and more tourists from there?

Millions of Indians in Bihar, West Bengal and Sikkim have religious attractions in East Nepal. Millions of Hindu Indians are either of Vaishnav, Shakta or Shaiva sects. For Vaishnav we have Barhakshetra. For, Shakta we do have Pathibhara temple. And for Shaiva, we have Halesi Mahadev Cave.

Likewise, Bhutanese are also religious, they can be religious tourists.

So far as Bangladeshi is concerned, we don't have religious similarities much and we don't have attractions to lure Muslim tourists. However, we have beautiful hills with romantic chills and serene surrounding. These are natural attractions of Bangladeshi tourists. They can get on-arrival visa in Kakarbhitta, the easternmost border of Nepal.

In this way, we can sell religion to Indian and Bhutanese and nature to Bangladeshi tourists in East Nepal.

Our hill stations can be all-time attractions to young Indians in bordering states.

While talking about alluring Indian tourists in our beautiful hill station, how can we compete with their domestic hill stations of Darjeeling and Sikkim?

Darjeeling was three-generation destination for many Indians. Unfortunately, because of repeated strikes and movements of Gorkhaland, tourism is troubled. To escape this, Indian tourists started making trips to Sikkim.

In Sikkim, there is scarcity of enough parking places and it is crowded these days. Crowded Sikkim has pushed many Indians to Bhutan. East Nepal can be an option of Bhutan as it is in equal distance. For this, we must promote our tourism in West Bengal and Bihar rapidly.

If we do so, the Indian arrival on beautiful hill stations of Ilam, Bhedetar, Basantapur and Jephale will spike so soon.

You said that we have to attract more and more Indian tourists. What can be done instantly to facilitate increasing Indian arrival in East Nepal?

Indian tourists have to wait minutes, if not hours, to receive vehicle permit queuing at border points of Biratnagar and Kakarbhitta. If we are to give 2-year free vehicle entry package to Indians, it would be very easy to allure Indian guests in East Nepal. This motivates more two-wheelers and four-wheelers from India to explore East Nepal. 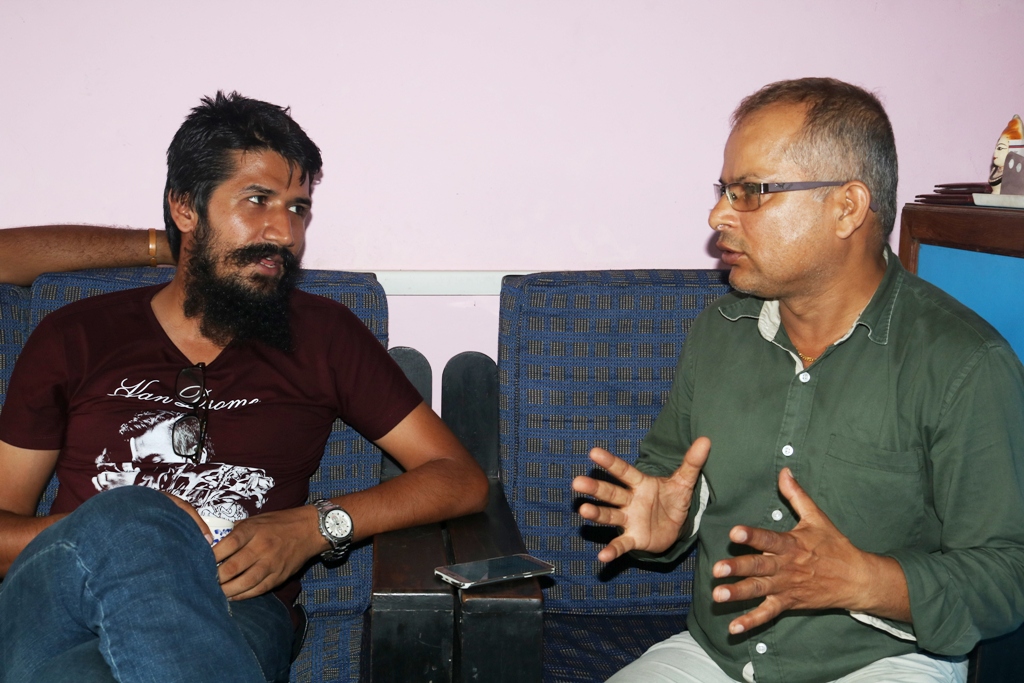 Province 1 has set target of half million tourists in 2 years. Is it possible?

I guess almost half million Indian tourists travel to East Nepal from three border crossings of Biratnagar, Kakarbhitta and Pashupatinagar. The problem is that our government believes that only passport-bearers are tourists. Indians don't need passport to come in Nepal and vice-versa. We are already getting half million tourist in a year. We must set bigger target to achieve greater tourism height of our province.

It is complained that Indian tourists are not given professional hospitality in Nepal. Is it true?

We can't say this randomly. Few instances can't define whole hospitality pattern to Indian guests in Nepal. Some Indian tourists from Bihar have stolen televisions from hotel rooms of Itahari and Bhedetar.

Some Indian guests think that Nepali female hotel staffs are sex worker which is untrue. Due to such wrong assumptions based on rumors, sometime there are discussions. But, this is doesn't mean that all Indian guests behave that way.

Not all Indian behave badly to our female hotel staffs and not all Nepali tourism entrepreneurs deny good hospitality to Indian guests.