After 56 years, Ganesh Rashik comes to his birthplace for solo musical show 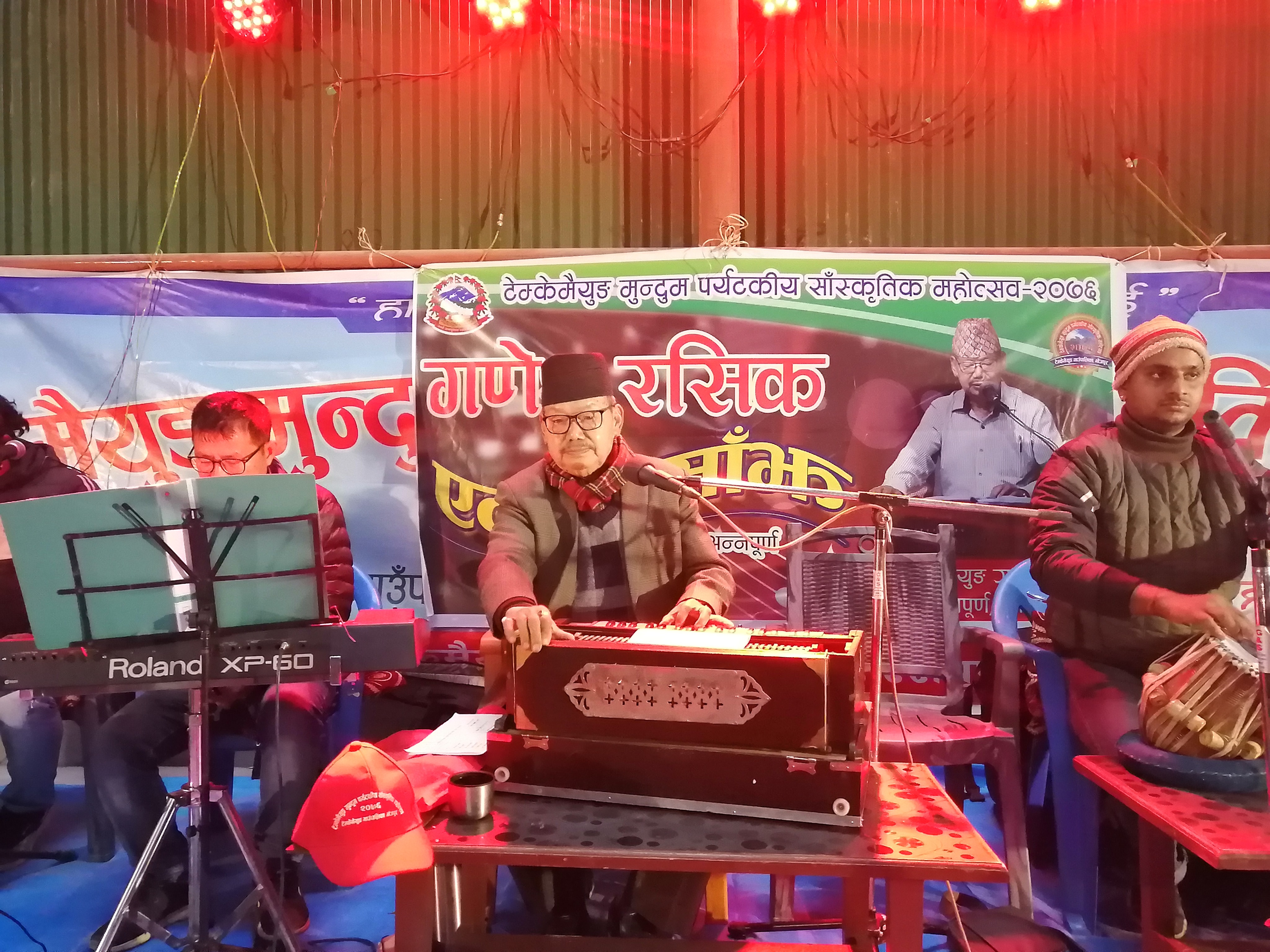 Itahari, Feb 26 (RSS):  ''I was asked about my home address by a hotel owner woman today morning'', Nepal's veteran lyricist, musician, singer and essayist Ganesh Rashik told to a crowd of Temkemaiyung of Bhojpur today evening, ''I said my home address is Temkemaiyung-2, Naule Gaun, Chhinamakhu.''

Rashik jokingly said he had to tell his home address even in his birthplace. ''I migrated from this beautiful birthplace some 56 years ago'', stated smiling septuagenarian musical and literary figure of Nepal. Rashik said so while giving his first solo musical evening in his birthplace.

Popularly known among Nepal's musical mass by his patriotic musical group in his youthhood named 'Lekali Samuha', Rashik started and ended his show with patriotic songs. He also performed his some of the romantic and awareness songs in-between.